ToysWorld are thrilled to introduce Kat Sipe from Tips&Bricks, who has written a handy guide for us, for anyone thinking of getting started with LEGO. Over to you, Kat! 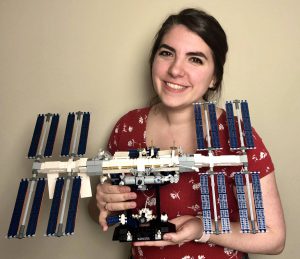 While I enjoyed playing with LEGO bricks as a kid (mostly because of my younger brother), I didn’t really get into LEGO building for myself until I was almost 29. I got my start on the live-streaming platform Twitch, where I initially had no plans to build LEGO. The first games I started streaming on Twitch were  the LEGO Harry Potter games, which were some of my favorite games to play with my family when I was younger. While playing the games, my community and I were discussing the Hogwarts Castle set that LEGO had then just released. I had my eye on it since it came out in 2018, but as I had just finished my Doctorate in Physical Therapy and started my first job out of school I decided I needed to save before spending on such a large set. Fast forward to May 2019 and I was “peer pressured” into getting the set, and I’m so glad that I did purchase it! Building Hogwarts on Twitch sparked a passion for LEGO that I didn’t know that I had. Because of that I switched my streaming content to being a LEGO builder instead of a gamer. Through Instagram I found the Brickbuilding community, which helped me further connect with other Adults Fans of LEGO (AFOL) groups. However, I still felt far inferior to many of these other builders. What I was seeing them build was astounding and I had no idea where to start! I was slowly building up a bit of a collection, but it didn’t seem anywhere near enough to attempt to construct an original creation, called a ‘MOC’ (My Own Creation.) At the time, I didn’t have the confidence in myself to think that was possible. 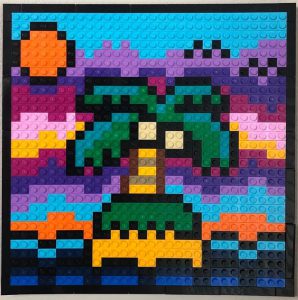 My very first attempt at a MOC (or My Own Creation) was a disaster. I had built them in Studio (a design program that is associated with Bricklink) which was incredibly challenging to learn. At the time I did not know that I could’ve ordered bricks through Bricklink, so I painstakingly ordered my bricks through the LEGO site which was also very challenging! I didn’t order enough pieces initially, which added to the learning curve and frustration. My confidence was shot, especially as this disaster was unfolding while live streaming! It took quite a few months to build up the confidence to start again. The next MOCs I attempted were mosaics based on characters from the Danganronpa series. This time around was much easier, although I still made the design harder and more costly than it needed to be as I used individual tiles which are quite pricey. My community loved them! Because of that response I started playing more with Studio. I was still focusing on mosaics, but starting to design more complicated 3D structures.  While the learning curve for Studio is steep, once you get the hang of it there are some very cool things you can do with it. This program was fantastic as I didn’t need to have a massive parts collection to build things that I had in my head.

While my confidence was growing, I still felt like I was far behind other builders. My first convention I attended was Bricks Cascade 2020 in Portland, Oregon. Seeing all the incredible builds there was both inspiring and terrifying! I had considered bringing my two little mosaics to show, but truthfully I chickened out and did not feel they were good enough to present. After seeing the diversity of builds showcased I realized that I was wrong to not be proud of what I had done! There were of course several massive builds on display, but I was often drawn to the smaller builds. I had previously seen microbuilds on Instagram, but it was wonderful to see so much detail in such a small build. Even in the art section there were other mosaics and LEGO photography. It was eye opening to see that once again you don’t need to build a giant MOC to be a fantastic builder! I left that convention feeling energized and more confident about my abilities.

Being an older builder who fell in love with LEGO as an adult can sometimes lead to feeling like you’re not “part of the club”. There are some builders who have been there from the start, and that can feel intimidating. I know so many times I wondered “how can I ever compare?” And the truth is that I shouldn’t be comparing myself. My journey is different but still valid, and that’s the beauty of LEGO. It’s for anyone, of any age, at any time. The hardest part can be taking that first step. But once you do it’s a fantastic community to be a part of.

Now you’re probably wondering: where do I start? Below is a quick guide on suggestions on where to begin! 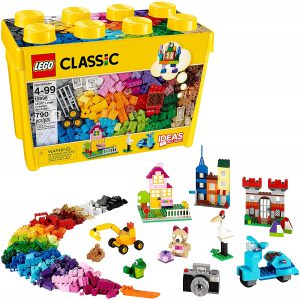 The classic sets are a great place to start to just put bricks in your hands and build. They have a wide variety of pieces and colors that provide a good base to start from while still remaining affordable and accessible. You can often find them on sale at major retailers as well. The variety of colors and parts varies with the size of the set; you can start with a smaller set to try things out, or get a larger set and play with many different pieces.

Oftentimes you may find great bins for sale at thrift stores or online marketplaces (like Ebay or Facebook). While the quality and parts in these lots can be variable, they’re often at a better price per piece than you can find elsewhere. You may even have family members who have LEGO saved up in a bin that you could take off their hands!

Great places to start online for seeing inspiring builds are sites like Instagram and Flickr. On Instagram it is simple to follow common hashtags like #LEGO or #MOC to see a variety of builds. Some builders even post small tutorials in their Instagram stories to follow along with! Flickr is a great way to see a builder’s larger collection of photographs; for example, here is Ben Cossy’s Flickr page (who is also a contributor at Tips&Bricks). While it can be a bit more challenging to navigate, it is much easier to see the builds at large as the photos on the site can be much larger than on Instagram. If you’re interested in photography, Flickr also posts the details of the camera used for the pictures (and they can be as simple as a smartphone, up to higher caliber DSLR cameras).

Another great resource for inspiration is joining a Lego User Group (LUG). There are LUGs all around the globe and they are a great way to connect with other builders in your area. Some are more specialized, like focusing on train builds, while others have a good variety of builders in them. You can find a LUG near you through the LEGO Ambassador Network (LAN)site.

Conventions are also a wonderful way to see a large variety of builds. The LAN site is also a good resource for finding conventions in your area, as many of them are recognized networking events. Many conventions offer AFOL tickets that allow you entry prior to the general public, so you can get up close to MOCs and chat with the builders much more easily. Many conventions break builds down into categories, like Art or Architecture, so if there are areas you are more interested in you can focus on viewing those builds. Conventions also offer educational sessions that can include topics like adding motors to your builds, how to store your collection, or asking questions to individuals who work for the LEGO Group.

Once you have some bricks and some inspiration, practicing to build is the next step! There are many different ways to practice building. 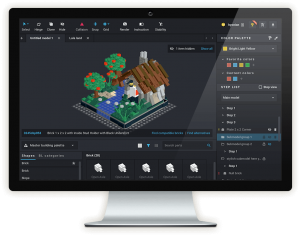 The Creator 3-in-1 series can be a great way to practice different building techniques, as each set has 3 variations of a build. Builds include sculpting techniques to movement in builds, so these sets are a good entry point to see how to incorporate those into your own builds.

If you’re worried about space for storing your collection, digital programs like Studio can be the perfect solution as you don’t need physical pieces to build what you want. You have access to the entire LEGO collection at your fingertips. The learning curve for programs like this is a bit steep, but once you get the hang of it the possibilities are endless.

Studio also lets you break down your builds into steps and offers a clean way to print instructions (for those builders who are interested in sharing their builds with others). The programs also let you render your builds to see what they would look like in real life! There is a discord group called DigiLUG that primarily focuses on digital builds and renders, and if you’re looking for more advanced advice this is a great resource.

Once you feel a little more comfortable with practicing, you might submit your build to competition or convention! Many different LUGs and individual groups do building competitions with certain parameters (like a 16×16 stud challenge). Some groups have competition for prizes, like gift cards or LEGO sets. Others are just for fun each week and encourage people to be creative without a lot of pressure on what you build. As I mentioned before conventions have a broader scope of MOCs that are accepted. There are often smaller awards within an individual category, and large awards (like People’s Choice and Best in Show) with a prize.

I hope that after hearing my story and reading through this guide you feel a little more confident with how to get started as a LEGO builder!