The LEGO City Main Square set [60271] is possibly one of the most varied LEGO sets to date. Nowhere else in the LEGO range can you get a City Hall modular, a diner, a tram station, a stretch limo and a rock stage (to name just a few). There’s also a whopping 14 minifigures thrown in for good measure, too. We particularly love the range of minifigures as there are adults and kids, heroes and villains, which all add up to endless play possibilities.

Anyone who has seen the LEGO City TV series will instantly recognise the scenes and characters, which have been loyally transported from the screen to the real world, here. It also ticks that insatiable hunger for anyone who watched The LEGO Movie, wishing to have a way to kick-start their own LEGO City – and what better way than with such a diverse set as this.

It is worth noting that the age range has been scaled down a little for this set; aimed at 6+ the level of detail may not be as broad or as big with some of the later age-ranged sets. For example, the City Hall modular is quite thin, but still has room on the reverse for some small scenes, including a lounge area and a laser room, which houses the golden key.

There are some great vehicles included, too; we mentioned the tram and the limo, but there’s also a Fire Copter, a motorcycle, a police buggy and Harl Hubbs’ handyman wagon (as seen in the TV series).

The price point of £169.99 is a little on the higher side for a set aimed at the 6+ range, but considering just how much you get, the brick to cost ratio actually comes in at a reasonable 11p per brick.

If there’s a LEGO City fan in your family, this is the birthday or Christmas present to get them started on their own LEGO City adventures. 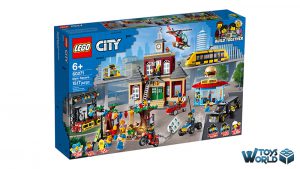 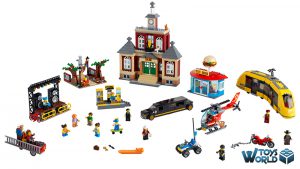 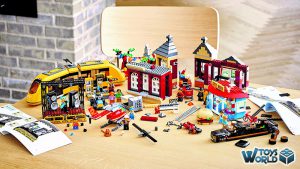 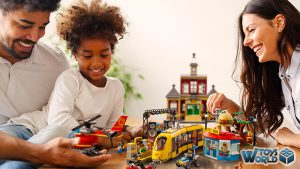