Explore a re-imagined Koholint Island in one the most beloved games in The Legend of Zelda series.

Link has washed ashore on a mysterious island with strange and colorful inhabitants. To escape the island, Link must collect magical instruments across the land and awaken the Wind Fish. Explore a re-imagined Koholint Island that’s been faithfully rebuilt in a brand-new art style that will entice fans and newcomers alike.

Battle enemies as you conquer numerous dungeons and uncover the hidden secrets of the island. Encounter Super Mario enemies like Goombas, Piranha Plants, and more, and interact with unique locals who help Link on his adventure.

By now, many of those who purchased The Legend Of Zelda: Breath Of The Wild when it was released at the launch of the Nintendo Switch, will have completed the game and are no doubt itching for their next Zelda fix.

When news broke that Nintendo were re-releasing Gameboy classic Link’s Awakening as a specially remastered and reformatted version for the Switch, pangs of nostalgia and excitement were felt the gaming world over.

There was, however, a certain amount of apprehension with how the title may turn out… As we know, meddling with treasured classics doesn’t always work and risks tarnishing the fond memories of the original. That being said, never before have we seen a port of a game that has completely and utterly carved such a fresh new path, but yet, almost screen-for-screen, recreated all we love from the original. 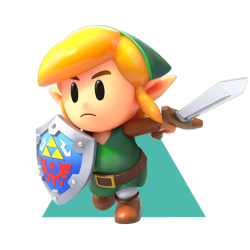 For those of you who may not be familiar with the game, our hero Link wakes up on a mysterious island. Along the way he has to collect gear and items and as he explores more of the island he unearths its secrets. There are dungeons, puzzles, item trades, and many hidden objects to uncover in Link’s quest to wake up the legendary Wind Fish.

As is customary with many of the Zelda titles, you start with pretty much nothing and have to acquire your sword and shield and other important tools to help progress through the game. It’s not a particularly difficult game, although you do have to think your way through some of the puzzles, but this was part of the attraction when it came out all those years ago in 1993. This is a game you can pick up and put down as often as you like (thanks to the save feature), and you’ll come to love the island and its many areas and inhabitants, pretty quickly.

Let’s be clear; this is a very different beast to Breath Of The Wild – nothing we’ve reviewed since its release has ever come close to just how good that game is, but Link’s Awakening is fun and definitely less intense than its bigger brother. It’s great to see some of the new branding from BOTW making its way across to Link’s 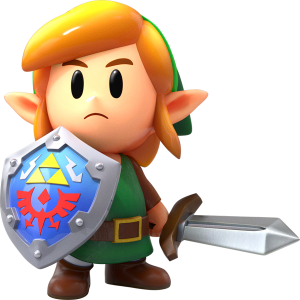 Awakening, too, so, whilst, as we said, it’s a very different game, it’s nice to feel like it’s all part of the same universe.

The graphics are rich, vibrant and colourful, and breathe new life to the locations and characters. Ryo Nagamatsu‘s fantastic (and loyal) musical score its the final puzzle piece that knits old to new, with revisited versions of the original tunes.

It’s incredibly rare that a remake of a classic actually surpasses the original, but that’s exactly what has happened here. Link’s Awakening has found its definitive version on the Nintendo Switch and Koholint Island is a destination you will never tire returning to. 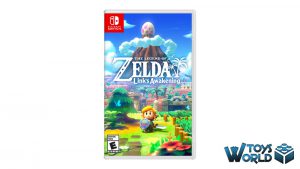 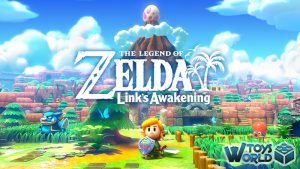 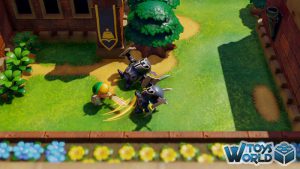 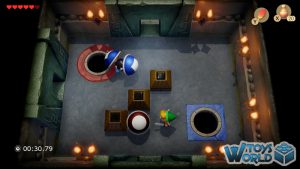 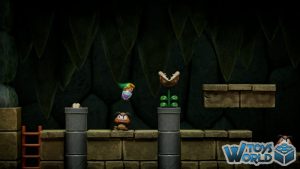 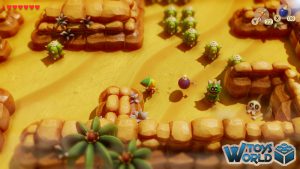 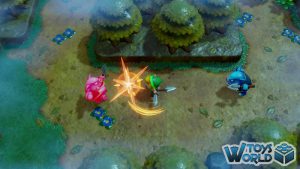 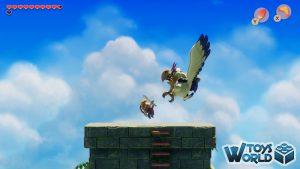