Join Mario, Luigi, Peach and Toad on a quest to save the Sprixie Kingdom in Super Mario 3D World + Bowser’s Fury on Nintendo Switch!

Rescue the Sprixie Princess and her followers by yourself or with three other players in this enhanced version of Super Mario 3D World.

Then, either alone or with a friend, help Bowser Jr. turn his papa back to normal in all-new bonus adventure, Bowser’s Fury.

Being a fully paid up member of all things Mario, it’s fair to say I’ve played my fair share of games over the years. In fact, I think I’ve played almost every game out there to feature our moustached friend. Of course, through those many years of gameplay, there are the odd few titles that really stick out for taking the franchise in a new direction, and Super Mario 3D World on the Nintendo Wii U was most definitely one of those titles.

This was a game that was high on my wish list for ports to the Nintendo Switch, so I was thrilled when I heard at the back end of last year that it was making it’s way to Nintendo’s latest console. 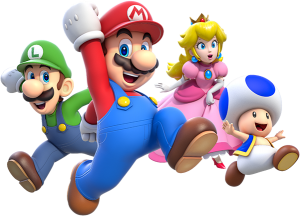 So how does it hold up, and is it worth the double dip? Well, the eagle-eyed among you will know that you actually get two games instead of the one; in addition to 3D World you also get Bowser’s Fury (more on that in a bit), so instantly there’s some added value for money, here. Super Mario 3D World for the Switch is at a huge advantage due to the fan base and those with pangs of nostalgia for the original release, but even without this as a foothold, the resolution bump to 1080p just lifts the whole game into an even more visually stunning level. There’s so much colour and vivacity that it feels like a caffeine hit for the eyes.

There are other improvements, too; the characters now seem to move a bit faster and the dash function now powers up a bit quicker. As with before, each character has their own distinct style. Mario is a great all-rounder, but Luigi jumps higher, Peach can float and Toad can run faster. Once you complete the game you can also unlock Rosalina as a playable character.

Multiplayer mode has also been given an update with the option to now include online multiplayer, in addition to local wireless play, so now you can battle the levels online with up to two players on each system.

Some of the Wii U specific features have been removed, such as blowing into the mic to get rid of baddies etc, and likewise, owing to the closure of the Miiverse, the stamps that you collect in the game are now used in the new Snapshot Mode. Snapshot mode allows the player to pause the in-game action so you can get the shot exactly how you want. You can apply filters and then decorate with the stamps you collect along the way. It’s a genius way of repackaging a feature that was previously designed for the Wii U. 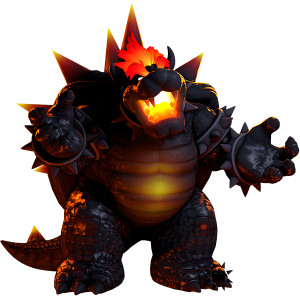 As mentioned, there is a second game included with this release; Bowser’s Fury – a brand new open world adventure for Mario, set on Lake Lapcat. Rather unusually, Bowser Jr is here to actually help Mario as his dad has been ‘changed’ to an even more evil version of himself due to a mysterious black oil (clearly a step ‘too’ far in the Bowser fam). Mario and Bowser Jr work together through the world, allowing you to explore wherever you want, whenever you want – kind of like Breath Of The Wild in that regard. The duo have to collect Cat Shines which give you access to the Giga Ball, that allows Mario to transform into a big cat that can stand a chance against the now massive Bowser.

What’s really cool about Bowser’s Fury is how the gameplay will randomly change when the oil-coated Bowser has one of his titular fits of fury. The music, pace and action all ramp up and the whole tone of the game changes for a period of time.

Whilst this plays better as a one-person game, a second player can take control of Bowser Jr (kind of like Cappy in Super Mario Odyssey), and help help Mario to some extent, although this is limited to the confines of the screen and player 2 will quickly get frustrated when they are out of shot and have to be teleported to Mario.

Bowser’s Fury is a much shorter Mario game, and with aspects of 3D World and Super Mario Sunshine, together with that aforementioned open world concept, it almost feels like a taster of what’s next for the Super Mario franchise.

Super Mario 3D World was and still remains a classic, and with this improved version for the Nintendo Switch – together with the fantastic bonus addition of Bowser’s Fury, you’ll be playing it for many more years to come. 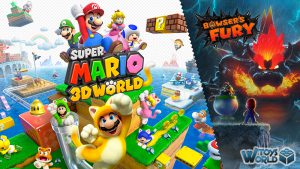 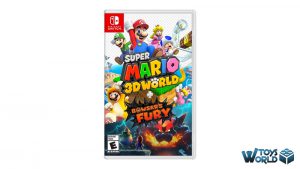 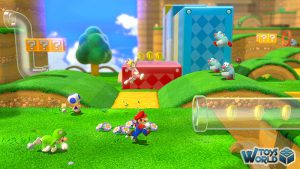 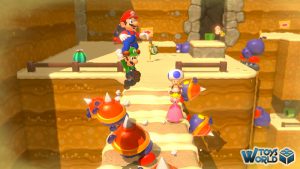 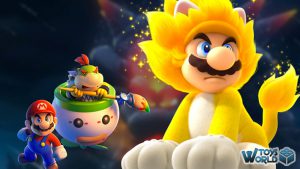 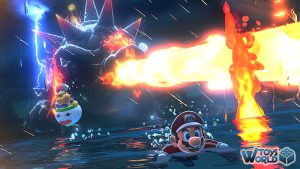