Star Wars Jedi: Fallen Order is an all-new, authentic Star Wars story from Respawn Entertainment and Lucasfilm, following the journey of Cal Kestis, young Padawan on the run who must reconnect with the Force to help rebuild the Jedi Order.

Your adventures in Star Wars Jedi: Fallen Order start now with the retail review code which you can find below.

Your journey in Star Wars Jedi: Fallen Order will take you across the galaxy, where you’ll experience epic cinematic moments and meet an array of iconic characters both familiar and new that you’ll only find in Star Wars.

The 1990’s were a fantastic decade for video games – especially if you also happened to be a fan of Star Wars. 1993’s ‘Star Wars: Rebel Assault‘ and 1995’s inevitable follow-up ‘Rebel Assault II: The Hidden Empire‘ were gaming staples of our formative years. They somehow managed to capture everything you loved about Star Wars and successfully transported it into a gaming environment.

These games were the catalyst for a whole slew of of titles from LucasArts; Jedi Knight, Rogue Squadron, Knights Of The Old Republic and Battlefront – all of which brings us very neatly to the latest, and quite possibly one of the greatest Star Wars game releases to date; Star Wars Jedi: Fallen Order.

Whilst Rebel Assault and Jedi: Fallen Order are two very different beasts, the heart and spirit of LucasArts‘ roots is present here. In fact, one could argue that there is a mirroring in the pattern of success of those early 90s games to this decade. Set between Episode III: Revenge Of The Sith and Episode IV: A New Hope, Jedi: Fallen Order focuses on a dark time for the Jedi, where, following on from the events of Palpatine’s infamous ‘Order 66’ the Jedi have almost been purged from the galaxy. 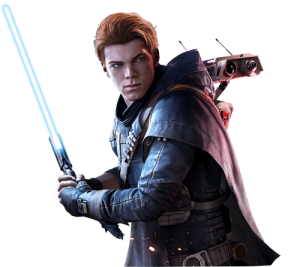 This particular game focuses on Cal Kestis – a young Jedi who resembles Hayden Christensen‘s Anakin (but with ginger hair, and voiced fantastically by Cameron Monaghan). That’s where the similarities end though; Cal is true to the core and unwavering in his resolve for good.

Joining Cal are a host of other characters – both good and evil, the latter of which is personified by the big bad of the game; the Second Sister – a ruthless Sith who is hunting Cal. We don’t want to give too much away, but the storyline throughout this game holds your attention and has you hooked, wanting to uncover its many secrets.

One character we would be remiss not to mention is that of Cal’s robot sidekick, BD-1 – a droid that’s even smaller and cuter than BB-8, and resembles ‘My Robot OMS-B‘ from the 1980’s. This little fellow spends a lot of time on Cal’s back, but pops out to assist with exploration and uncovering spots of interest in the game. He can also rummage around in crates to find items and even heal Cal with a healing stim.

Onto the gameplay… As the game begins, you’re catapulted right into the action as you have to find your way to your colleague (and friend) Prauf, on the junkyard planet of Bracca. You have to jump, slide, balance and even squeeze your way through the terrain.

As you progress through the game, you get to learn new skills and powers and hone your Jedi attacks and defences. There’s a skill tree where you can spend your skill points to develop your abilities further – all accessible by the many ‘meditation circles’ littered throughout the game.

There are a total of 6 planets to explore in Fallen Order (Bracca, Bogano, Zeffo, Dathomir, Kashyyyk and Ilum) – each rich in detail and with truly stunning cinematics. Our favourites were Kashyyyk and Ilum. Each world is surprisingly big and there’s a LOT to explore; perhaps not as large as Breath Of The Wild, but still impressive! Whilst you are undoubtedly forced to a specific guiding path throughout the game, there are many side-quests and avenues you can go down that enriches the gameplay and makes everything that little bit more interesting. Fallen Order is definitely larger than the sum of its parts in this respect.

There has been a painstaking amount of detail thrown into the game; a clear love for the Star Wars universe is evident here, with nods to the past and some familiar characters from Star Wars lore, to boot. The very fabric of every frame of Fallen Order is painted with such precision – so much so that the visuals are incredibly lifelike and realistic. One almost wishes there was a VR option to immerse yourself even further into the game (*winks seductively at EA*).

You also have the option to customsie your clothing and lightsaber parts in the game. Unlock styles, hilts, and colours to find the saber that suits you best. You can also customise the difficulty of the game, so if things are starting to feel a little too easy, you can choose between four different modes: Story, Jedi Knight, Jedi Master and Jedi Grandmaster. This customisation helps make Jedi: Fallen Order feel personal to the player, and more inclusive as a result.

It’s worth noting we reviewed Jedi: Fallen Order on the Xbox One X, and it makes use of every ounce of the consoles power (not to mention practically every key on the joypad).

To say we were blown away is an understatement; we were more blown away than that Stormtrooper we sorted out on the high fells of Zeffo! If you buy one game this year, make it Jedi: Fallen Order; EA feels like they’ve gone down a new and incredibly exciting path, and one we cannot wait to find out where it might lead next. 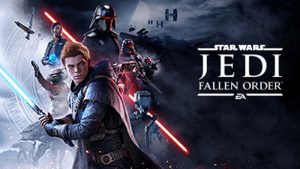 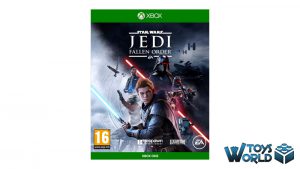 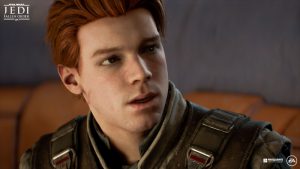 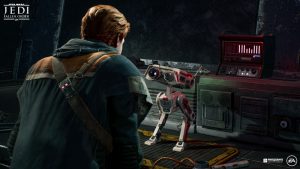 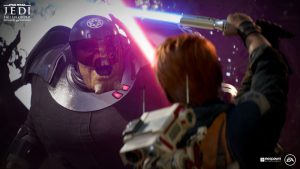 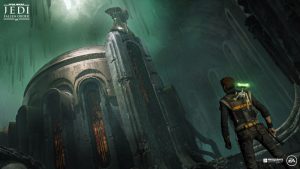 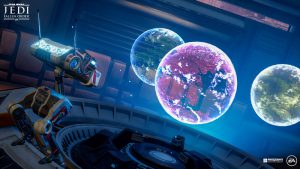 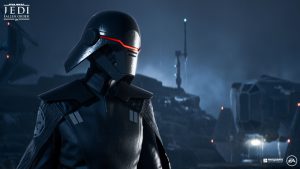