Oculus Quest is the world’s first all-in-one gaming system built for virtual reality. No wires. No PC. Just set up with the Oculus mobile app, and you’re free to explore VR from almost anywhere.

Four ultra-wide angle sensors inside the headset power Oculus Insight, which precisely tracks your environment and instantly translates your movements into VR. And with ergonomic design and haptic feedback, our intuitive Touch controllers bring your hands into the game.

Take VR gaming to the next level. And everywhere else.

Virtual reality has existed in some form since 1838. Its most basic form was achieved by Charles Wheatstone who researched and demonstrated that the brain processes the different two-dimensional images from each eye into a single object of three dimensions.

Cinematographer, Morton Heilig and his ‘Sensorama’ device, which provided images, sounds, smells and vibration – whilst not computer driven, did give the user an extended experience which formed the basis of the VR we know today.

It wasn’t until 1975 when Myron Krueger developed his ‘Videoplace’ system that enabled users to manipulate and interact with virtual objects in real time. Krueger was noted as envisioning the art of interactivity as opposed to art that happens to be interactive. Initially his work was unheralded among the VR community, but it later paved the way for the ‘goggles and gloves’ archetype that has since followed.

The term ‘Virtual Reality’ wasn’t actually coined until the mid 1980’s by ex-Atari employee Jaron Lainer. He would go on to work with Thomas G. Zimmerman to found VPL Research Inc, which was the first company to sell VR goggles and gloves.

In 1996 Nintendo launched the Virtual Boy console which played 3D monochrome video games – this was the first portable console of its kind, but was ultimately a commercial failure. There were several attempts by other companies to follow in Nintendo‘s footsteps, but it wasn’t until 2012 when a Kickstarter campaign for ‘Oculus Rift‘ achieved its $2.4 million funding. Two years later, Facebook bought the company for $2 billion – a defining moment in VR history which then saw Playstation, Google and Samsung try their hand at wearable VR tech.

And so we find ourselves in 2019 with Oculus; after several successful releases, the latest iteration in their line; the Oculus Quest; is a standalone wearable VR kit that doesn’t require the tethered limitation of a PC.

Just before I dive into the Quest itself, it’s worth mentioning exactly what you get in the box; There’s the main Quest headset, a pair of controllers (left and right), a charging cable and plug, a spacer (for those wearing glasses) and the instruction manual / quick start guide. The headset has adjustable straps to enable you to get a more comfortable fit, and there’s a focus slider underneath to suit your vision. There’s also a power button, volume buttons and a headphone jack on the headset.

I’ve never actually tested out any kind of Virtual Reality headset before, so going into the Quest was a completely unknown experience for me. In my head, I was experiencing a simple screen which made you ‘feel’ like you were in amongst the action – I had no idea that the screen was all around you and *just* how immersive the whole thing was.

Once comfortably placed on your head (straps and eye distance adjusted), you have to set a boundary using the Guardian system – this is to stop yourself from walking into objects in your play space. With the controller, you draw a field around you, based on a comfortable space, and a grid system shows you your boundary. You can also set it to stationary mode, where you can either sit or stand in one place. It is an incredibly intelligent system, and if you do find yourself creeping towards the edge of your boundary, the grid pops up to warn you.

With our boundary set, we kicked things off with the included ‘First Steps‘ tutorial app. First Steps is a great way to get to grips with the controllers and their functionality. It also gives you your first taste of the possibilities of the Quest. A Tron-like world appears before you and it is at this very moment that you lose all awareness of the outside world. The close-proximity sound and full-view visuals make you feel like you are actually in this new world.

A table appears with objects that you can pick up, throw and interact with in every way. There’s even a table tennis bat and ball, that work just like in the real world – you can even balance the ball on the bat and any slightest movement with your hand can tip or re-balance it – genius!

Once you are ready you can then play a shooting game by inserting an in-game (virtual) cartridge into an 80’s style (virtual) console. It is worth mentioning at this point that to the whole world outside watching you, you look absolutely crazy – but you don’t care because you are in your Tron world and it is AMAZING! 🙂

We were able to test out the Quest over the Christmas period and having family around, the entertainment factor is never-ending – both for those playing and for those watching. There is also an option to view and stream what the player is seeing in the virtual world to a handheld device or AirPlay enabled screen.

Below are a few other apps that we tried out, together with our initial reactions to them:

Vader Immortal
One for all the Star Wars fans out there. This game finds you enlisted to help Darth Vader track down an artefact. Surrounded by the location of Vader’s castle on Mustafar, you perform tasks and even take part in a pretty awesome lightsaber battle. Im a pretty big Star Wars fan and never before have I had such an immersive experience since being on the Star Tours ride at Disneyland – to have this in a handy device in your own home is just magical.

Epic Roller Coasters
This app blew me away with the affect it has on your visual and spatial response. We picked the rocky canyon coaster, and once you pull the handle bar in front of you towards you, you’re off. From that very second it starts you can actually feel the motion; something in your brain is tricked and you even get a bit of the motion sickness. At one point I had to physically remove the headset as I was genuinely in disbelief that I was experiencing such a realistic reaction to the ride.

Nature Treks VR
This is the perfect app if you want to chill! We used the stationary guardian for this one, which means you can sit comfortably in a chair and navigate around you using the controllers. You have a choice of different environment rooms to explore; woodland, beach, space, snow and savannah (to name just a few). Each environment is a tranquil escape with soothing sounds and music. You can inter

YouTube
YouTube actually has a selection of 360 videos that allows you to feel more part of the content you watch. I tried out a 360 skydiving video and it felt like I was strapped to one of the professionals as we jumped out of the plane. There was also another video featuring Dali’s artwork; it was a relaxing, if slightly surreal, artistic journey.

Finally, at the time of writing a new Doctor Who game has been released on Quest; Doctor Who: Edge Of Time has you solving mysteries as a hidden enemy threatens the universe. Armed with the trusty sonic screwdriver, you can fight monsters, pilot the TARDIS and immerse yourself if breathtaking worlds. ToysWorld will be putting up a full review of this title shortly.

Having been a fan of all things tech for, well, as long as I can remember, I was surprised at just how long it took me to finally delve into the world of VR. I guess I was always waiting for the technology to evolve before I really wanted to give it a go. I have heard so many good things about Oculus, and with the Quest‘s wire-free set up, it was the final step to make me take the plunge.

I have never been so wowed and immersed in a piece of technology as I have with the Oculus Quest. It truly, truly enables you to escape to another world and leave the real world behind, which, lets face it, we would all like to do from time to time.

With a RRP of £399 for the 64GB model and £499 for the 128GB model, Virtual Reality is finally at a an affordable price point for you to have in your home.

We see a bright future for Oculus and can only imagine the awesome apps and games that are yet to come. Go grab a Quest – it will blow you away! 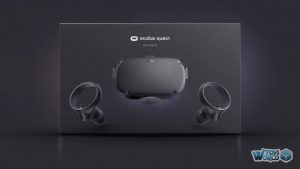 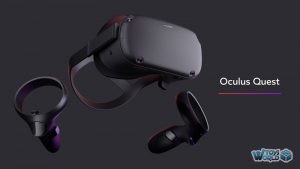 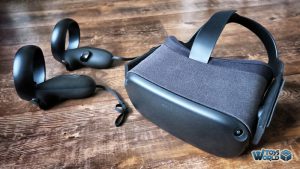 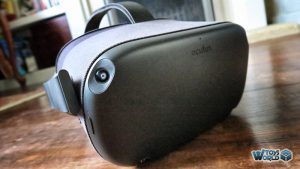 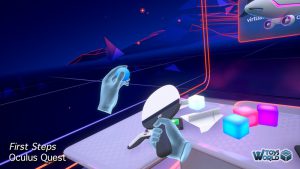 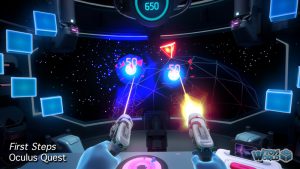 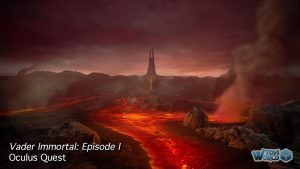 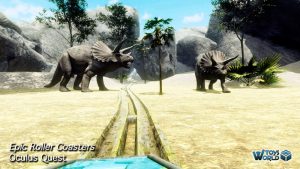 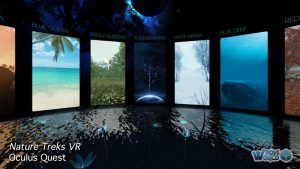 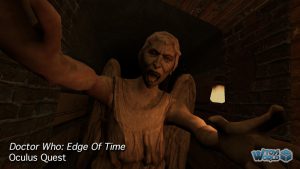