On Tuesday 9th August, ToysWorld were invited to attend the exclusive media & VIP preview for the re-opening of the LEGO Store in Leicester Square. The store, which temporarily closed for refurbishment in July, opened its doors to a select few to celebrate the brand’s 90th anniversary, and in true LEGO style, it was an unforgettable experience! 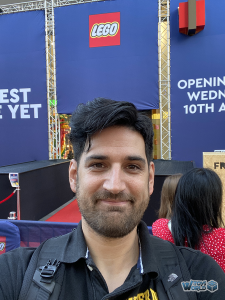 The event was the perfect opportunity to bring the whole family, so my wife Amry, my son Jacob (8), and daughter Amelia (12), were also in attendance.

Having arrived promptly at 6:00pm, we were welcomed onto the red carpet and into the store to applause from the store employees and LEGO team. It was one of the most magical store-entering experiences I’ve ever had, as we were immediately immersed into every LEGO fan’s dream! A towering LEGO Big Ben, a tree of Discovery, James Bond’s Aston Martin DB5, Diagon Alley (from Harry Potter) and the Storytelling Zone, which celebrates 90 Years Of Play, were just a few of the in-store points of interest.

Everywhere you looked there were LEGO sets that seemed to go on forever, and dotted throughout the split-level store were various areas to build LEGO and interact with some of the features.

Having had our photo taken by the DB5, we decided to go upstairs to see the newest extension to the store. We took the lift, which was next to The LEGO Harry Potter exhibit featuring Diagon Alley. The lift was an experience in itself; the doors and interior were designed to look like they belonged in the ministry of magic! As we arrived on the upper level, the doors opened to even more displays and shelves, stacked high with LEGO product.

Jacob immediately made his way over to the ‘Build-A-Minifigure’ section, whilst Amelia checked out the LEGO Bonsai set. Amry was enjoying some of the Harry Potter displays, whilst I took a look at the Star Wars and Jurassic Park sets. The 90 Years Of Play area was like a mini museum tour of some of the poignant moments in LEGO’s history over the decades.

With Amry and Amelia moving downstairs to look at more products, Jacob and I headed over to building station, where LEGO were offering an exclusive FREE build (complete with instructions) of the LEGO Red Brick. After a tense moment of trying to find the final few pieces, we each completed our builds and headed to the tills with a few purchases of our own.

It was a truly memorable event, full of fun, brightness and colour, and we were honoured to be part of the re-opening of, what is now the largest LEGO store in the world! 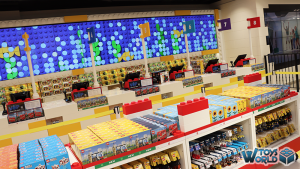 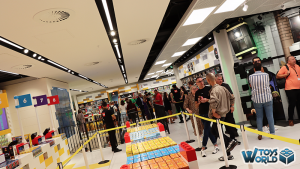 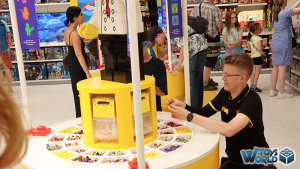 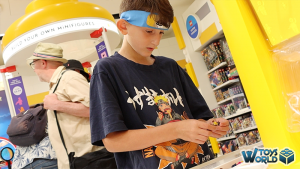 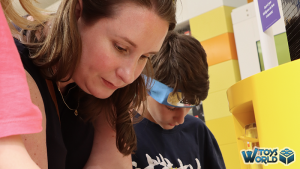 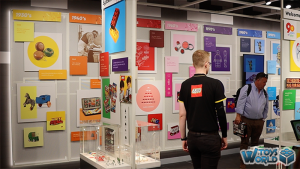 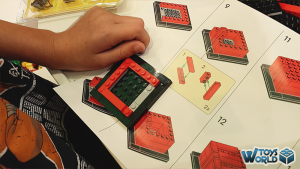