Experience a nostalgic story reborn in Pokémon Brilliant Diamond on Nintendo Switch! Set off on a mystery-filled adventure through the Sinnoh region, as you catch Pokémon, battle against the region’s strongest Pokémon Trainers and uncover the truth behind Team Galactic’s nefarious plans!

Your journey begins when a famous professor researching Pokémon evolution recruits you to travel far and wide across the region to help complete an encyclopaedic record of Pokémon known as a Pokédex.

As a Pokémon Trainer, you’ll meet many people and Pokémon on your travels, including other Trainers looking for a battle! But beware – the shady organization known as Team Galactic are out to make trouble for you at every turn. What could these fashionably-dressed goons be plotting?

Test your abilities as a Trainer by challenging Gym Leaders found across Sinnoh. Each win will bring you one step closer towards a chance to compete for glory in the Pokémon League. Do you have what it takes to become Sinnoh’s next Champion?

Nintendo have a great track record with recent remakes; Super Mario 3D World & Zelda: Link’s Awakening are but two shining examples. So with the new remake of 1996’s Pokemon Diamond – now Brilliant Diamond – what did ToysWorld think of it?

For a game that made its debut on the Nintendo DS, this almost feels like a whole new game, yet there is all the familiarity and nostalgia you would come to expect from a Nintendo legacy title such as this. Brilliant is a word that transcends the title here, as it encapsulates the crisp visuals perfectly – something that is only emphasised further when the gameplay cycles between day and night time. The fantastic use of the shadow effects really make Brilliant Diamond shine, and there are countless scenarios during gameplay that almost have you forgetting the original.

Character control feels so much smoother here; previously you could only travel in one of four directions, but the Switch version takes full advantage of omnidirectional movement, and, as such, feels so much more organic. Speaking of character, we actually prefer the new Chibi style – it’s cute and really works with the new visuals.

Worth a particular mention are the updates to the Grand Underground; you can now place statues (found by digging in the walls) in your base or on a pedestal- keep an eye out for spheres and other items, which, in turn you can use for trading. You will also find a few Pokemon that are non-native to the Sinnoh region in the Underground caverns.

Newer players may be expecting a plethora of Pokemon to choose from, but one must remember that this is a title from the highly regarded Generation 4, and whilst it would have been easy for the developers (ILCA) to add them, in not doing so they have honoured the original title.

ILCA have to be commended for this loyal reimagining of a console classic. For every pang of nostalgia you feel, it can be equalled with the creation of a new memory. Revisiting the Sinnoh region has been a genuine pleasure – a great throwback with enough throw forward to guarantee more longevity for a classic title. 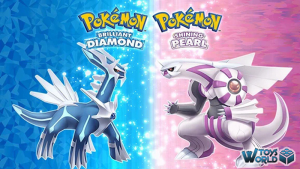 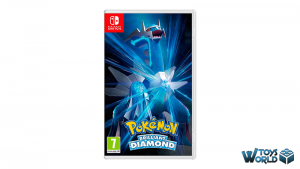 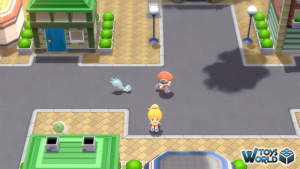 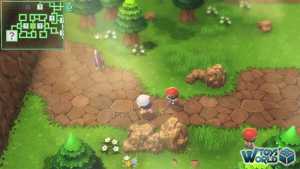 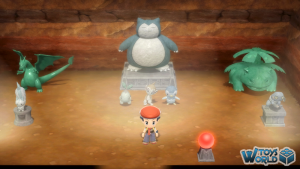 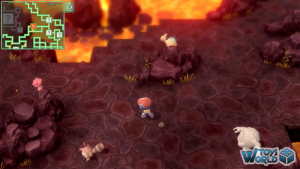