Whether you’re an old-school Game Boy fan, or discovering the wonders of Nintendo’s million-selling portable system for the very first time, Game Boy: The Box Art Collection is the book for you – it’s a vibrant celebration of some of the finest cover artwork for this monochrome marvel, which kick-started the handheld games industry.

Despite the fact that we live in a world where the average smartphone makes the Game Boy look like an abacus, in purely technical terms, Nintendo’s trailblazing handheld still manages to capture the attention of gamers all over the world – and flicking through these pages, it’s easy to see why. It’s home to some of the most famous names in the videogame business, such as Mario, Zelda, Donkey Kong, Metroid, Mega Man, Castlevania, Gradius and Final Fantasy, and many of its best titles hold up surprisingly well by modern standards – with technology this basic, developers of the period needed to make sure the gameplay was compelling and addictive.

In 1990, the face of portable gaming was defined by the release of the Nintendo Game Boy. In a relatively short space of time the volume of titles available increased exponentially and nothing was better than heading to your local video game shop and seeing the almost mosaic-like spread of titles with their glorious box art.

I remember being about 10 years old and my mum taking me to a tiny video game shop in Hatfield’s Galleria shopping outlet. The shop was filled, almost wall-to-wall with Game Boy games, and the promise of being able to have one (for good behaviour), turned into an almost impossible one, due to the sheer mass of visual candy before me.

Unfortunately, as time went on and other consoles and devices came out, the iconic art for these games slowly faded into the mists of time, with only our memories, a few die-hard collectors and the occasional nostalgic article to keep them alive. 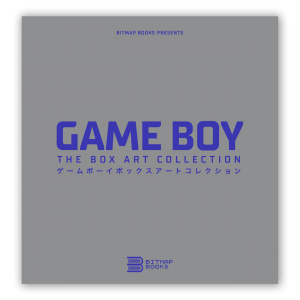 Towards the back end of 2020, I heard that the fab folks over at Bitmap Books were going to be releasing Game Boy: The Box Art Collection – a celebratory book that looks at a selection of the Western and Eastern box art for the Game Boy. I couldn’t wait to get my hands on it and just the other day the postman delivered our review copy, and what I can only describe as the ultimate coffee table book!

From the minute you see the hardbound silver cover, with its metallic blue lettering, you simply know this is a labour of love from all involved. It smacks of dedication, passion and quality, and has some serious heft to it, too.

The book begins with a history of the Game Boy, detailing the surprising foundation which essentially began in the 1970s. It’s clear to see how the Game + Watch devices were an early precursor to the Game Boy, and how important they were in the evolutional arc.

We’re then treated to Collector’s interviews from Michael Lynch and Vincent Haucourt, who, between them, have amassed a massive collection of Game Boy games. They discuss the artwork and some of their favourite titles.

It’s then onto the main sell of this tome, with 348 pages (not including the index) of beautifully presented box art – each title having its own page. The mix between Western and Japanese box art is random, and more often than not you’ll get to see one of your treasured titles in the familiar, Western packaging. That being said, and as my only minor gripe with the book, both Super Mario Land and Tetris (arguably the two most popular Game Boy titles) are presented here with their Japanese covers. It could be said that we all know what they look like, so on one hand it is refreshing to see the unfamiliar, but for nostalgia it would have been nice to see them displayed here. As I say, a minor gripe in an otherwise flawless book.

Going back to the layout, each page shows the box art, as well as release date, genre and a description of the game, together with info about the artist. There are a selection of screenshots from each game too, and, rather brilliantly, translations of the Japanese games into Romaji. Kudos to Sam Dyer for the layout; there’s a very fresh, clean, and dare we say, Zen approach here and nothing feels crowded. We particularly loved the photography in the introduction – we’d argue that the Game Boy have never quite been photographed in such an Apple-esque way before!

As you flick through the pages, you will be surprised at just how many titles you perhaps owned or played with a friend, that you have forgotten about. I lost count as to the number of times I exclaimed ‘Ahh’ as I flipped over to a once-loved game. There’s just so much colour in this book too – ironic, considering how the Game Boy was a green-tinted dot matrix screen.

By the time you reach the end of the book – which, lets face it, you never truly do as you will keep going back and revisiting it again and again – it hits home *just* how much creativity went into producing the countless pieces of art that accompanied all our games. What’s even more crazy is that Game Boy: The Box Art Collection covers just a portion of the many games released; it would be almost impossible to include every title in a book, without it needing its own postcode, but its safe to say that the team at Bitmap Books really have curated some of the best and most memorable here.

To say I was impressed with this book would be an understatement… This is a company who lives and breathes attention to detail and the result is something any fan of Game Boy is going to want – no – NEED to have! 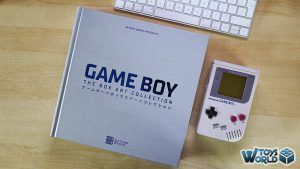 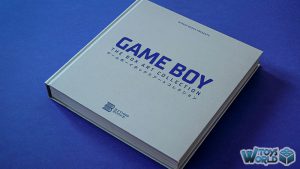 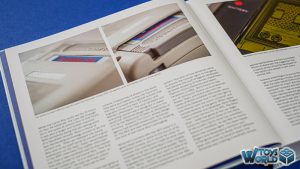 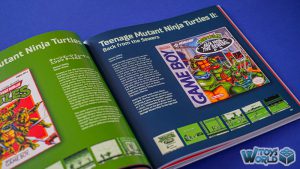