As we approach the 30th anniversary of GamesMaster in 2022, Seb looks back at the show that defined video game entertainment television and catches up with its host, Dominik Diamond, to discuss his memories of the series and his new book on Kickstarter: ‘GamesMaster: The Oral History‘.

At 6:30pm on Tuesday 7th January 1992, Channel 4 launched a ground-breaking new series dedicated to computer and video games. Hosted by the cheeky, bespectacled Scot, Dominik Diamond (who made round glasses cool way before Harry Potter), GamesMaster pitted contestants against the latest video games in the hopes of landing the prestigious Golden Joystick award. 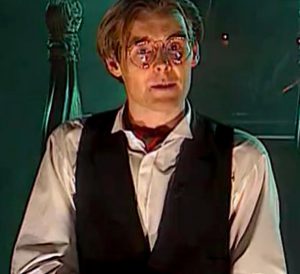 I remember tuning in all those years ago; I was absolutely obsessed with all things Nintendo, and finally this was a TV show to get excited about. I recall the dark theme tune with its church organ crescendo, accompanied by chanting monks. The episode opened with a shot of Dominik, sat at the organ (as if he’d just been playing the theme) – which, being a gullible 12-year-old, I totally bought by the way… A few quips about waggling joysticks and we were instantly thrown into the action.

To many, GamesMaster was a seminal part of their childhood. This was the time of Super Nintendo, Sega Mega Drive and Gameboy, and each week you’d tune in to see which celebrity guest would be on the show, and which upcoming games would be reviewed. And who could forget the titular GamesMaster himself; the late, great, Sir Patrick Moore – or his head, at least. Sir Patrick’s links would be interspersed throughout the episode to introduce the challenges, as well as the ‘consoletation zone’ (see what they did there), where players would ask the GamesMaster for help and tips in their games.

GamesMaster lasted for an incredibly respectable 7 seasons from 1992-1998, and each season saw a different theme: Season One was set in a gothic church, Season Two was an oil rig, Season Three (which was a little bit weird and had Dexter Fletcher in place of Dominik) was set in a prison made out to be a games academy, Season Four was set in Hell (and saw the permanent return of Dominik), Season Five was set in Heaven, Season Six was set in Atlantis and Season Seven was set on a desert island.

The visuals that accompanied the many seasons were fantastic and at the start of each series Dominik usually recorded a little narrative scene which explained that season’s theme. By the time Season Four came around, I remember being 14 years old and slightly traumatised at the thought of fresh-faced Dominik being sent “straight down” to Hell. Gone were his golden curtains, red blazer and white carnation, only to be replaced with a shaven-headed, white-suited, slightly edgier Dominik. My mum saw me watching it one day and asked who it was presenting. When I told her it was the same Dominik Diamond from Season 1 and 2, she was horrified that he shaved his head… 🙂

The changes in theme and appearance over the years added to the true success of the show; it was constantly evolving, becoming something new, whilst retaining the essence of what we all loved about it. There were tonnes of tongue-in-cheek innuendo, too – quite surprising for the time slot, but it went right over the heads of the majority of kids watching (including mine). Dominik’s humour was another ingredient in the great recipe of success for GamesMaster; having been a stand-up comedian, it put him in good stead for the show, and he had more than enough material to pepper throughout the 30 minute time slots.

I actually got the opportunity to be part of the audience for the show’s second season. If you were a member of the GamesMaster club (normally advertised at the end of the episodes), you would get invites to attend the audience. I remember being incredibly excited as we drove down to Kempton Park pumping station (the show’s oil rig setting for Season Two). We were there for the filming of Episodes 14 & 22, and I remember being starstruck (for the first time in my life) as Dominik walked right past my mum and me on his way down the gantry to the set’s ground level. We happened to be there for the New Year’s episode, where Dominik dressed up as Widow Twanky – as he signed off the episode, the audience were handed streamers to throw over the balconies to ring in the New Year.

To my delight at the time, there exists a (very shoddy) few seconds of footage that made it into the episode where you can just about see a 12-year-old me in the audience.

It was a great shame when GamesMaster finally came to an end in 1998. Despite having run for six years, it still felt like it had a lot of life left in it. 2022 will see the 30th anniversary of the show, and whilst the gaming world has evolved, there is a big gaping hole that GamesMaster left behind, and no-one has ever been able to truly fill it.

We now live in a time where our love of nostalgia is intertwining itself into modern day popular culture – comics we loved as children are now box office hits, movies and tv shows we loved from the 1980’s are finding sequels and Netflix series all these years later, and linking back to video games, Nintendo and Mario are still giving us hits that scratch that nostalgic itch.

Who knows what the future holds for GamesMaster, but one thing is for sure; it really was the ultimate show for computer games, and regardless of its potential return, its legacy will live on for a great many years to come.

I managed to catch up with Dominik for a quick interview for ToysWorld to discuss his memories of the show and his new GamesMaster book:

As we approach the 30th anniversary of GamesMaster next year, looking back, what are among your favourite memories of the show?

Of all the themes during the seven series, which did you enjoy the most?

DD: I think hell in Series 4 is my favourite because it was the first time we built a brand new world from scratch. I say “we” but it was a set designing genius called Drogo Michie and a wonderful lighting cameraman called Nic Sadler who made it look like that. And nearly flooded the crypt of a church doing so. I just turned up in a lovely white tailored outfit and made jokes.

What is your favourite console / video game of all time, and if you were a contestant on GamesMaster today, which title do you think you stand a good chance of winning in a challenge?

DD: The Neo Geo. Arcade quality games, controllers you could drive a truck over without breaking, and cartridges the size of a small house. I was very lucky to have one. FIFA is the rather boring answer to the second part. I am a decent Div 6/7 player online, which for a Dad in their 50s isn’t bad. I am also in the top 10% in the world in all the categories for my Elevate Brain Training app, and the top 5% in Maths – does that count? 🙂

There are rumblings that GamesMaster may be coming back to our screens; what would you like to see in a new series, and would you be interested in having any involvement?

DD: I just don’t want them to ruin what – if the success of the book is anything to go by – is one of the most untarnished legacies in TV. And I don’t think that is possible without me involved. Unfortunately, as always when they announce these attempted comebacks of my show, nobody has spoken to me at all.

There’s a fab new GamesMaster book that you and Darren [Wall] have launched on Kickstarter (GamesMaster: The Oral History). The response has been fantastic, having achieved backing within 48 hours! What can we look forward to in the book and what was the process of putting it together like? 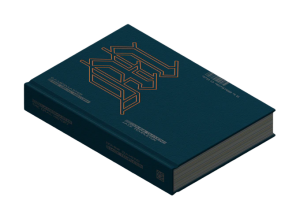 DD: 24 hours and 4 minutes to be precise! One of the fastest funded books in the history of Kickstarter. I was stunned by the level of support out there, but we worked so hard on it, and the extra funding means it will now be even posher. As it is a rather beautiful hardback affair with foil writing and multiple paper stocks.

The editor spent about six months trying to track down everyone who ever worked on the show. They had great stories. Then I spent about four months threading them all together with my own stuff. We end up with many hitherto unseen behind the scenes photos and 100,000 words of stories and details of the hows and whys of every part of the show, from the graphics to the joysticks to the music to the innuendoes. And all the trouble we got into filming in America, bless them.

*You can support GamesMaster: The Oral History on Kickstarter, here. The campaign runs until 22nd April, after which it will be impossible to get the book in this form.

Do you remember GamesMaster? Do you have a favourite epsiode / season / challenge or memory? Let us know in the comments, below!